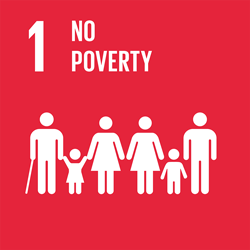 Indicator 1.5.3 Number of countries that adopt and implement national disaster risk reduction strategies in line with the Sendai Framework for Disaster Risk Reduction 2015–2030

In March 2015, Germany committed itself to implementing the United Nations (UN) Sendai Framework for Disaster Risk Reduction 2015-2030. The national focal point for the Sendai Framework is the Federal Office of Civil Protection and Disaster Assistance (BBK).

In December 2008, the German Strategy forAdaptation to Climate Change was adopted by the German government. The strategy sets a framework for adapting to the consequences of climate change.

In addition, the Act to Further Improve Preventive Flood Control (Flood Control Act) regulates nationwide requirements for the prevention of flood damages. The law came into force in May 2005.

The international organisations (custodian agencies) that are responsible for the respective SDG-indicator publish methodical explanations for the indicator - the so-called global metadata.

This tab provides relevant information on the SDG indicators - such as the political target, the primary responsible organisation (custodian agency) and a link to the global metadata. The global metadata is provided by the Uited Nations Statistics Division.